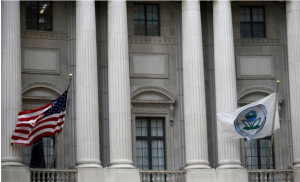 The Environmental Protection Agency aims to release its draft rule allowing year-round sales of higher ethanol gasoline blends by February, and end deliberations on the proposal by May, according to a filing with the Office of Management and Budget.

President Donald Trump last week announced his intention to lift the summertime ban on sales of so-called E15 gasoline, which was imposed by the EPA to reduce smog. The announcement marked a win for farmers eager to expand the market for corn-based ethanol, and was seen as a political victory for Trump ahead of congressional elections in November.

Agriculture Secretary Sonny Perdue said last week he was confident the rule would be ready for the driving season next year, although industry experts said such a timeline was too ambitious.

Trump’s announcement capped a months-long effort by the White House to thread the needle between rival corn and oil industry interests, both of which are unhappy with the administration’s handling of the nation’s biofuels policy.