With the donation of propane-powered off-road and stationary equipment from the Propane Education & Research Council, Mammoth Cave National Park has taken important steps to reduce energy consumption at the park and to serve as a model for other national parks across the country.

“We hope our efforts to use clean energy also set an example and encourage park visitors and our employees to embrace sustainability themselves,” Runge said.

In 2012 the U.S. Department of Energy (DOE)-Clean Cities/National Park Initiative awarded $505,000 to Mammoth Cave for the purchase of high-efficiency vehicles to replace older models, acknowledging the park’s consistent green energy efforts. Mammoth Cave was selected as one of the first National Park Service areas to kick off the Initiative because of its good track record with past Clean Cities alternative fuel projects and its high visibility impact with park visitors. The partnership recognizes the park’s long collaborative history with the Kentucky Clean Fuels Coalition, which was instrumental in the installation of an alternative-fuel filling station at the park. The initiative also includes public education about the benefits of clean technology vehicles and clean fuels. The park has marked its vehicles with a “flowering flame” emblem to draw attention to alternative and clean fuels. MCNP partners with Forever Resorts, the park concessioner, to share its propane refueling station with Mammoth Cave Hotel. 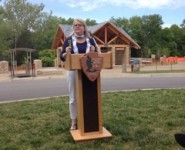 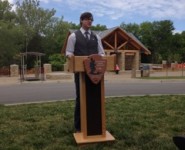 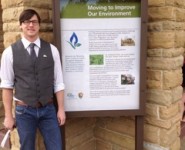 Mammoth Cave National Park sits on more than 52,000 acres in central Kentucky and has 80+ employees. This was the first 100% alternatively fueled national park in the country of 385 national parks in all.  All park vehicles and boats utilize clean technology and clean fuels, including Ethanol, Biodiesel, and Propane, as well as low speed Electric vehicles. Mammoth Cave National Park (MCNP) has been a member of the Kentucky Clean Fuels Coalition since the late 1990s, and the park’s former Superintendent has served as KCFC president.  MCNP’s concessioner, Forever Resorts, has also been a longstanding member of KCFC and served on the Board of Directors.

In 1999, Executive Order No. 13149 required all Federal agency fleets to use re-refined oil.  The park management team decided to aggressively pursue this requirement with the goal of using alternative fuels in 100% of the park’s vehicle fleet as well as equipment.  Mammoth Cave National Park (MCNP) became the first unit in the Department of the Interior to develop an on-site fueling station using E-85 (ethanol).  The park also became the first unit in the Southeast Region of the NPS to use bio-diesel in all of its diesel equipment.  By 2004, Mammoth Cave National Park became the first unit in the NPS to become 100% alternative fuel compatible in all GSA vehicles and equipment, and the park proudly maintains this standard today.

The Department of Interior Action Plan for 2001 called for “greening” of all Interior agencies to the extent possible through recycling programs, purchase of environmentally friendly products, and requiring concessioners and contractors to consider “green” practices.  This led the park management team to establish the park’s first Environmental Leadership Committee (ELC).  This Committee included members from each functional area, to outline and lead Park efforts as a Center for Environmental Innovation. 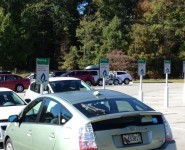 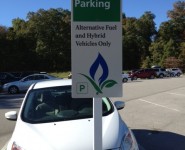 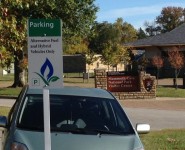 In 2002, the ELC developed and implemented Mammoth Cave National Park’s first Strategic Plan for Environmental Leadership.  This Plan set the stage for the park to follow an established program to assist in educating employees, partners, and the public on the principles of “green” or sustainable practices.  By the close of 2003, virtually all of the action items in the Plan had been fully implemented.

The park’s principal concessionaire, Forever Resorts, has been involved in all aspects of the park’s environmental leadership activities.  In 2004, a comprehensive environmental audit was completed for all facilities operated by the Mammoth Cave Hotel.  This audit produced only a few minor recommendations, which have been fully addressed.  The park and Forever Resorts have partnered to ensure all types of recycling activates are available to both employees and visitors.  In addition they jointly operate a large cardboard compactor for recycling, and recently a joint alternative fueling station became operational that will be used by both NPS and concession staff for government and concessions vehicles and equipment. 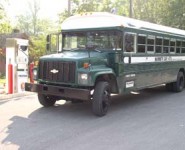 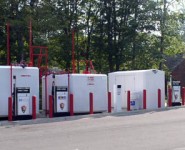 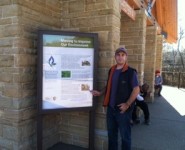 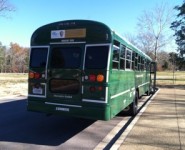 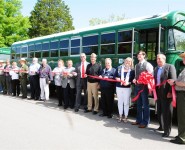 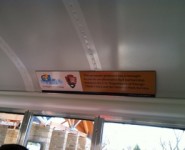 This environmental leadership award was presented for having 100% of the park’s vehicle fleet running on alternative fuels, and for successful conversion of the concession-operated cave tour bus fleet to propane.

Environmental Achievement Commendation for minimizing petroleum use in transportation.