The natural gas fuel industry in Kentucky was established in the 1990s. A convergence of market variables such as the availability of higher quality vehicles and equipment, and reliable infrastructure has developed the industry into the fastest growing alternative fuel market in the Commonwealth. CNG vehicles are included on the Commonwealth of Kentucky’s state bid list, and the state also offers subsidies for CNG infrastructure.

Natural gas is readily available through the utility infrastructure. This clean-burning alternative fuel can be used in vehicles as either compressed natural gas (CNG) or liquefied natural gas (LNG). Both are clean-burning, domestically produced, relatively low priced, and available. Because of the gaseous nature of this fuel, it must be stored onboard a vehicle in either a compressed gaseous (CNG) or liquefied (LNG) state. Natural gas is sold in units of diesel or gasoline gallon equivalents (GGEs) based on the energy content of a gallon of gasoline or diesel fuel. 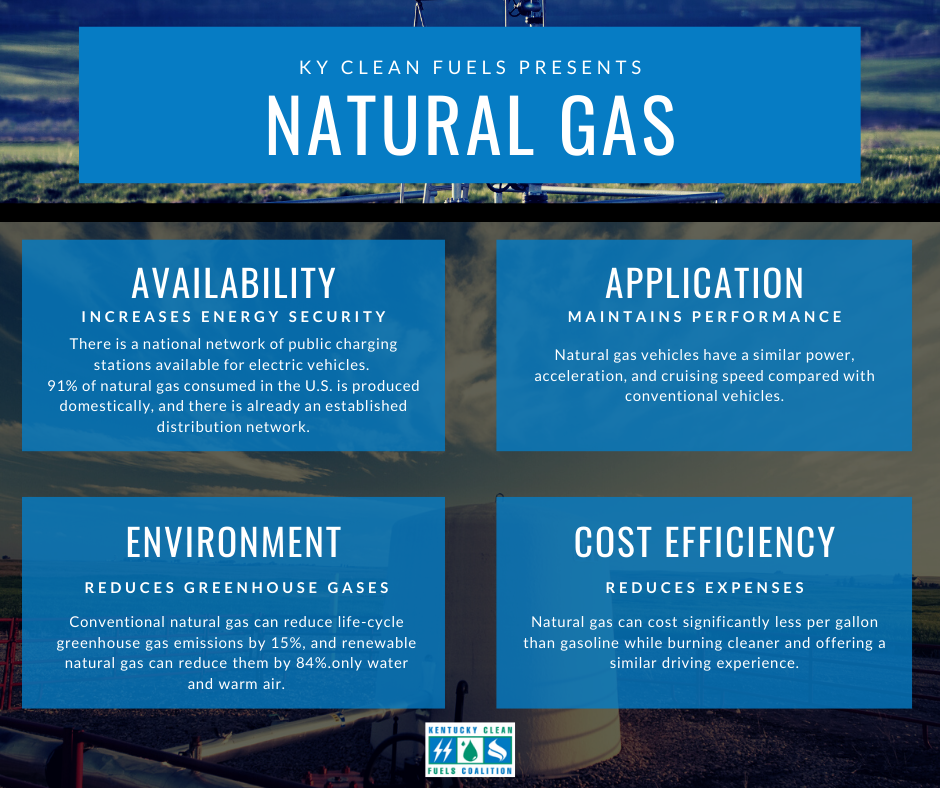 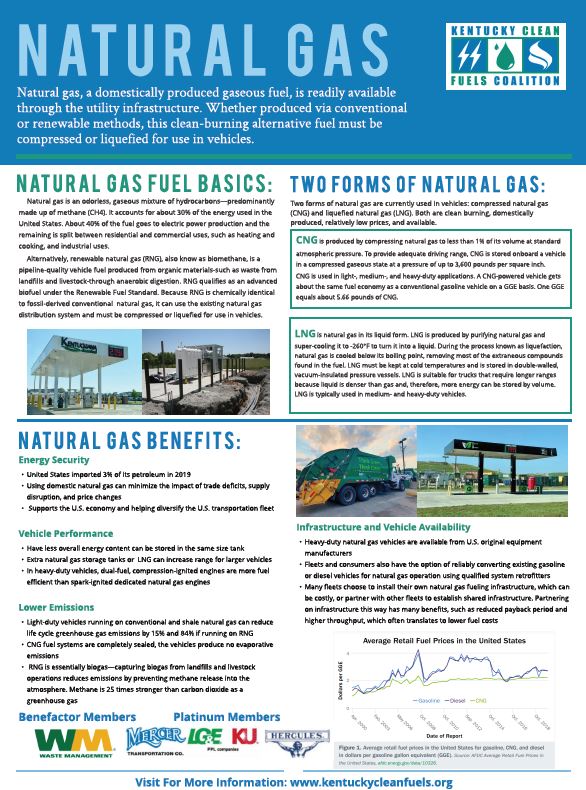 Find information about natural gas including production and distribution, research and development, and related links.

Where to purchase Natural Gas in Kentucky

View a map of retail CNG locations. There are no known retail LNG fueling locations in Kentucky. 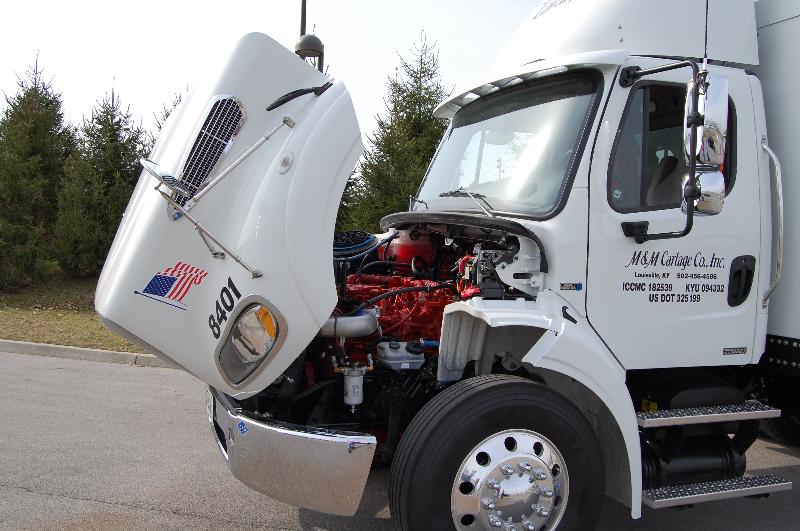 M & M Cartage, a Louisville based regional truck‐load carrier traveling over 12 million miles annually and employing 265 people in Louisville, has 12 dedicated CNG powered trucks and 19 on order. They are the first CNG powered semi trucks whose home base of operation is in Kentucky.  The CNG fleet is a combination of Cummins nine liter and twelve liter engines on Freightliner chassis. In addition, as M & M Cartage moves their entire base of operations from their Bishop Lane location in Louisville to Geil Lane just off I-65, fast fuel private/public natural gas refueling will be installed.  A target date of operation is slated for April 1, 2014. 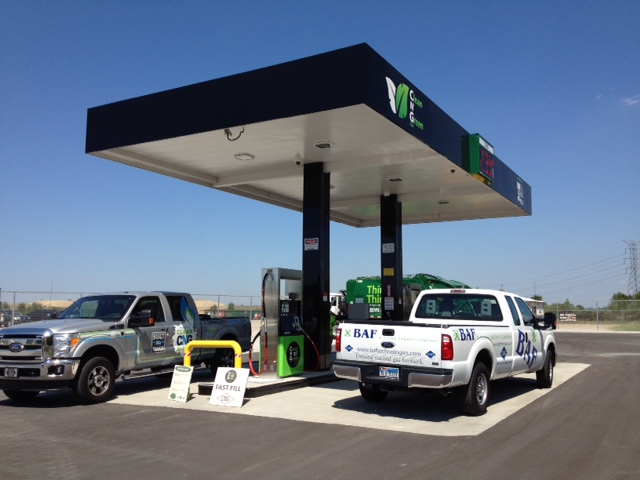 In August 2012 Waste Management of Kentucky installed public and private CNG slow and fast fill refueling at their Outer Loop Lane location.  WM teamed with Petro Card and Clean Energy to install slow fill refueling for their fleet and fast fill for public refueling.  The location is 2.3 miles from I-65. The site includes card reader capabilities providing 24/7 refueling. WM currently operates 43 new CNG refuse trucks in and around Louisville with a goal of placing an additional 80 trucks by 2015. 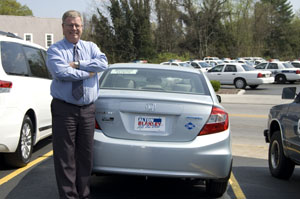 Municipal CNG fleet and public refueling in the City of Somerset

In 2012, the City of Somerset, a third class city located in southeast Kentucky, installed CNG refueling for municipal and general public use. The city is moving their entire government fleet from gasoline to CNG.  Light-duty CNG vehicles already operate, and they plan to replace their heavy-duty CNG vehicles in 2014. 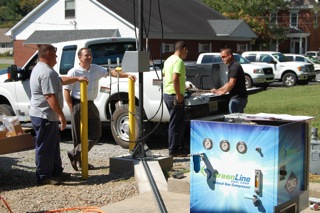 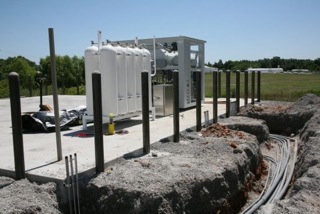 Freedom Waste Service, Princeton, Kentucky has installed a 3-gallon-per-minute Aspro 70 (made in Argentina) compressor with 5 double truck filling post. They have approximately 70 gallons of "fast fill" storage available. This filling station has the capacity to fill 20 trucks overnight as well as storage during the day. The storage will be used to upload to a service/delivery truck to fill other Freedom Waste locations which have fewer trucks. 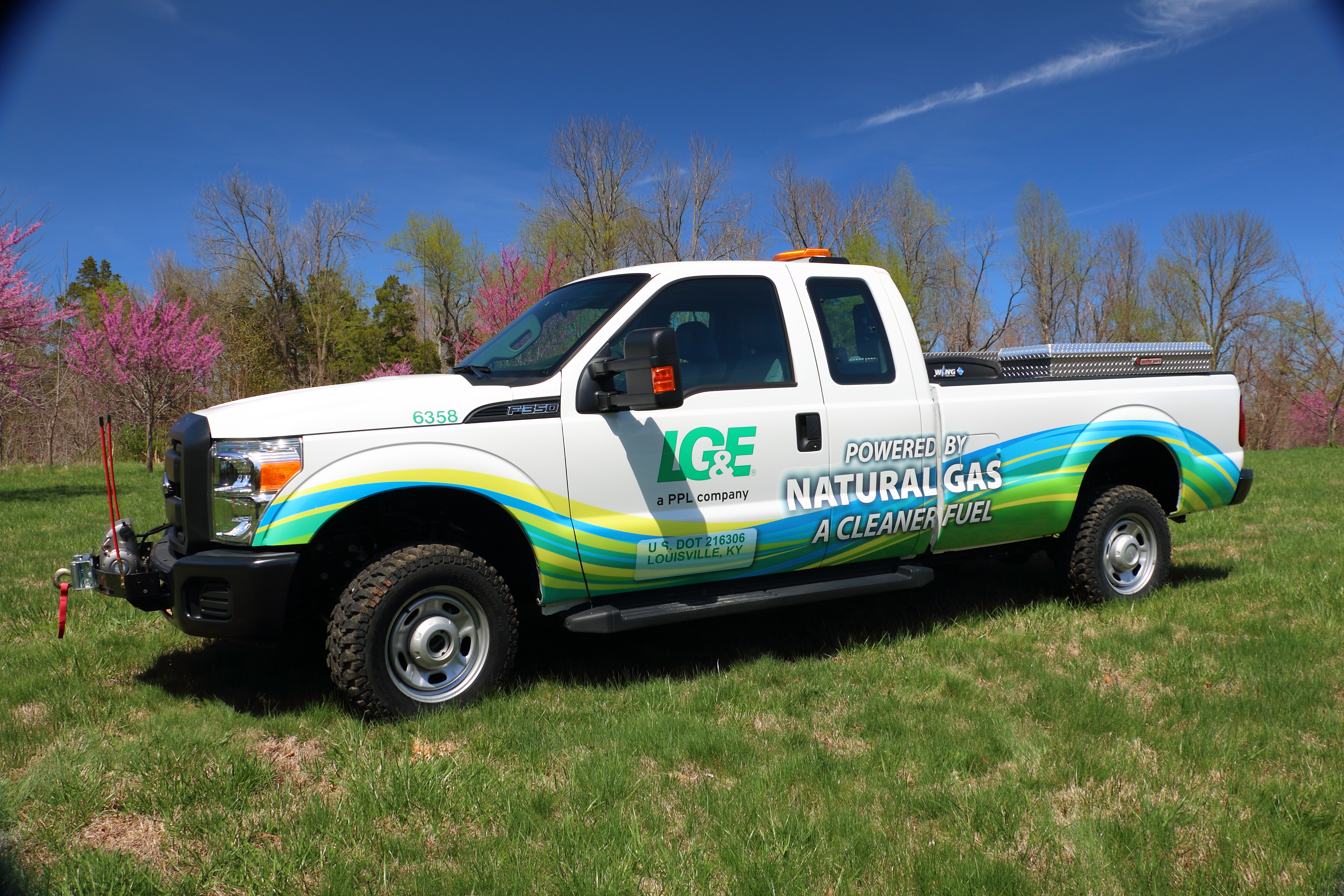 The Magnolia Natural Gas Compressor Station is home to LG&E's natural gas-powered vehicle. LG&E added a compressed NGV to their vehicle fleet in 2014, fitting in with their natural gas operations and allowing them to test the use of this clean, domestic and low-cost fuel in vehicles used in day-to-day operations.

Natural Gas as a Vehicle Fuel