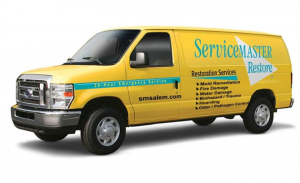 Small fleets may not always see telematics as a priority. With smaller margins the cost of the service may seem prohibitive, but even smaller fleets can yield strong results. A fleet operations manager with a fleet comprised of nearly 50 vehicles realized higher average fuel mileage and lower cost per mile by implementing telematics into his fleet.

One of the first things that Reggie Eubanks, fleet operations manager for ServiceMaster Restore, did when he joined the company in July was develop a six-month plan to revitalize his new company’s fleet.

This plan would involve integrating new software to manage the fleet, implementing telematics software, and auditing the company’s fleet.

The company’s fleet, he learned, was comprised of over 40 vehicles with 10 or 20 vehicles that would require more repairs than they were worth to continue to operate. A few had literally been run until their wheels had fallen off, he said.

One of the first things the company did after he joined was scrap the vehicles that had outlived their usefulness.