Through the Volkswagen Settlement, $2 billion was allocated to promote the use of zero emissions vehicle technology across the country by creating Electrify America program. Over a ten year period ending 2027, Electrify America will invest the funds over four 30 month cycles. The first cycle of investment (currently active, ending June 2019) will establish a network of non-proprietary electric vehicle chargers at over 650 community-based sites and nearly 300 highway sites across the country. The second cycle recommendations were due March 1, 2018 for the period of July 2019 to December 2021. The Electrify America program has begun installing DC fast chargers. The first charger in Kentucky was installed in Bowling Green, KY at the Corvette Museum. The map of locations is available on their website. (Visit https://www.electrifyamerica.com/ for more information.)

University of Louisville’s Electrical and Computer Engineering (ECE) doctoral student, Nick Jewell has been using an algorithm he developed to predict the peak demand time of electricity usage on the UofL campus and remotely turn off the charging stations during this critical, cost sensitive time period. View UofL EV Research

TARC’s new ZeroBus is a fast-charging, all-electric bus that produces zero emissions. It’s a sleek, clean, and quiet way to get around. And with 10 new ZeroBus vehicles coming to Louisville, our city will have one of the largest fleets of this kind in the country. These vehicles will be in the spotlight as they travel around downtown, stopping frequently near work sites and popular destinations including concerts, museums, and big-time college sports events.

The ZeroBus is powered by batteries located under the bus floor. The ZeroBus can travel for up to two hours and fully recharge on route in less than 10 minutes. It recharges automatically by connecting to an overhead system that links to a high-capacity charger. 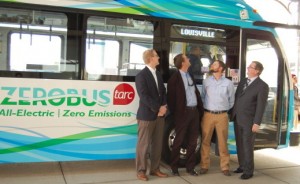 The ZeroBus vehicles travel in downtown circulator routes in place of the outdated trolleys – the highest polluting vehicles now in TARC’s fleet. Like the trolleys, they will arrive at stops frequently and all rides will be fare-free. The ZeroBus will also be the new mode of transportation for the popular Republic Bank First Friday Trolley Hop on Main, Market and Fourth streets. Visit TARC here. 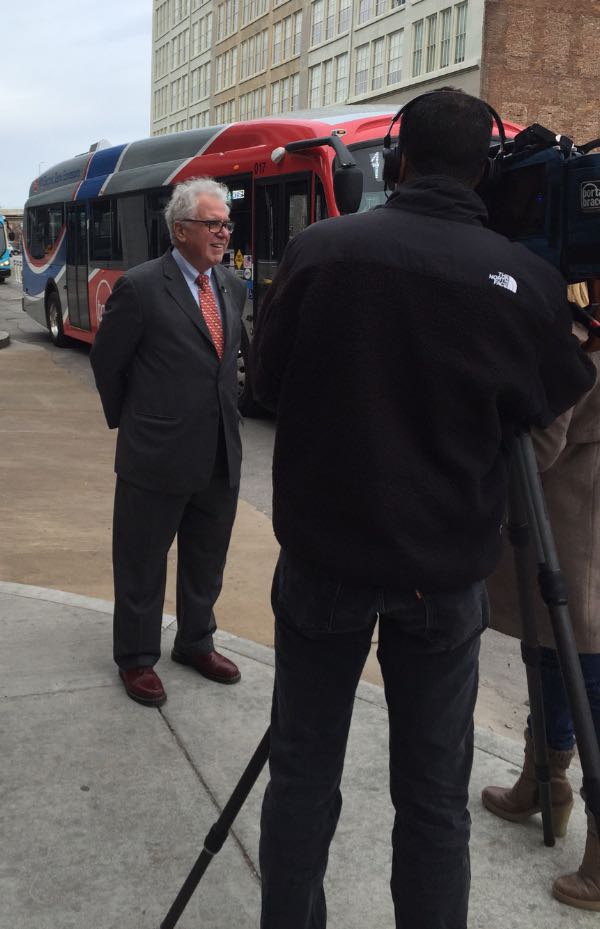 Federal and state funding of approximately $28 million provided the incremental cost of the hybrid system to Kentucky school districts ordering new buses through the Hybrid Horsepower for Kentucky Schools project.  The project has collectively saved almost 200,000 gallons of fuel and saved school districts over $700,000.  These fuel savings are expected to continue over the fourteen year life span of the vehicles.

The purpose of the four year project was to provide real world performance data and engage and educate diverse stakeholders from industry, school systems, and the community.  Bus procurement ran from 2009-2011, mileage and fuel data were tracked from 2010-2013, and education and engagement was ongoing from project implementation in mid-2009 to project completion in December 2013.

The project resulted in a large publicly available dataset tracking the monthly mileage and fuel used by each hybrid bus across a variety of topographies and urban and rural routes; multi-disciplinary hybrid-electric school bus elementary and secondary education curricula; training programs for first responders, drivers, and technicians; and real life bus and hybrid system performance experience that can be leveraged by manufacturers to improve future performance.

The Hybrid Horsepower for Kentucky Schools project was funded by the U.S. Department of Energy and the Kentucky Department of Education.  It was executed in partnership with the Kentucky Clean Fuels Coalition, Eaton, ThomasBuilt Bus, International Bus, and the National Energy Education Development (NEED) project.  A project summary report (pdf) can be downloaded here. 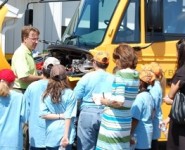 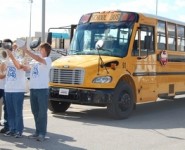 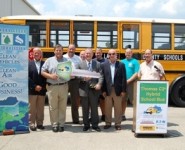 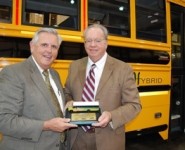 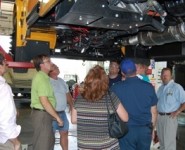