TARC’s new ZeroBus is a fast-charging, all-electric bus that produces zero emissions, and with 10 new ZeroBus vehicles coming to Louisville, it will be one of the largest fleets in the country of this kind. The ZeroBus is powered by batteries located underneath the floor of the bus and can travel up to two hours while fully recharging on route in less than 10 minutes. An overhead system connected to the bus that links to a charger provides the vehicles with quick and easy charging ability on route. 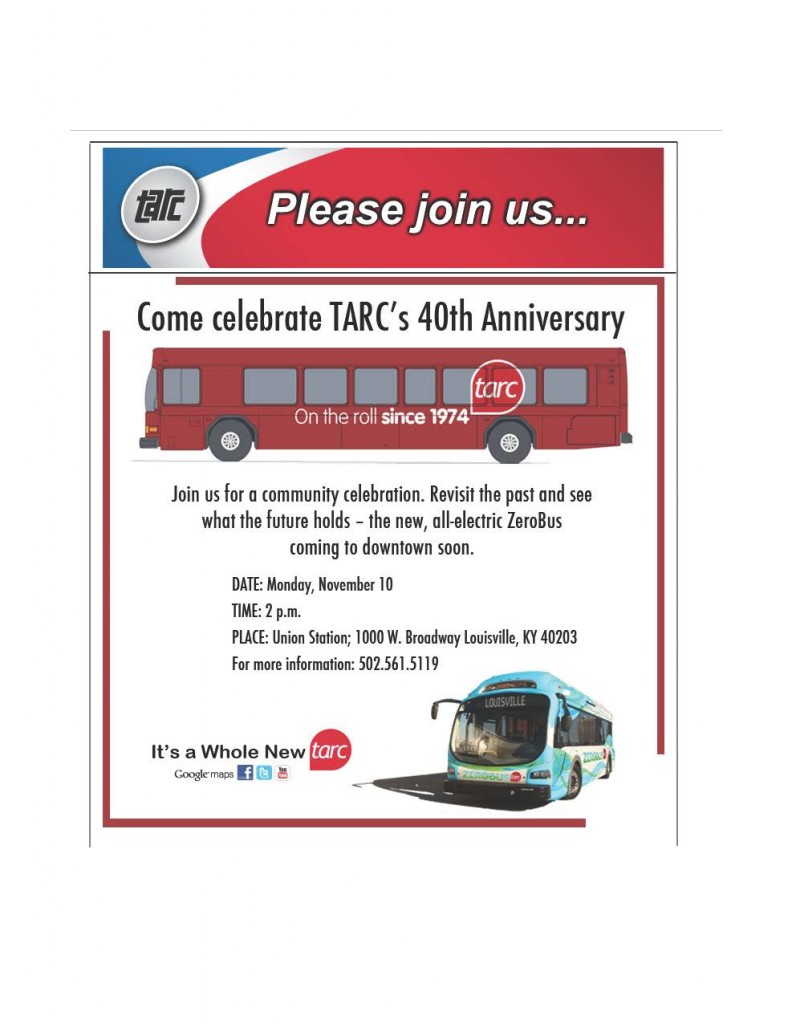