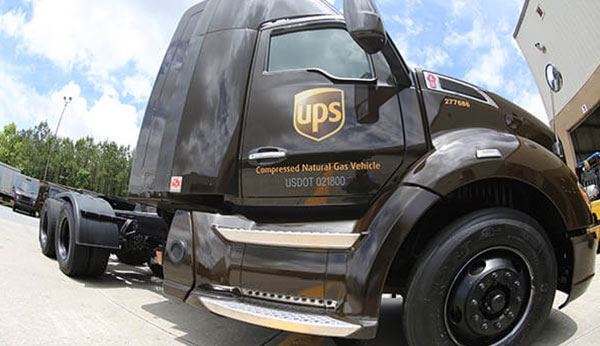 This $130 million investment in CNG capacity for 2018 builds on prior UPS investments of $100 million in 2016 and $90 million in 2017. In total, from 2008 through 2018, UPS says it will have invested more than $1 billion in alternative fuel and advanced technology vehicles and fueling stations.

“We strongly believe further investment in our natural gas fleet is a key element to help us achieve our long-term goals for reducing our CO2 emissions,” states Carlton Rose, president of global fleet maintenance and engineering for UPS. “We demonstrated the effectiveness of natural gas vehicles and fuel in 2017 by using 77 million total gallon equivalents in our ground fleet. UPS is a catalyst for wide-scale adoption of natural gas vehicles.”