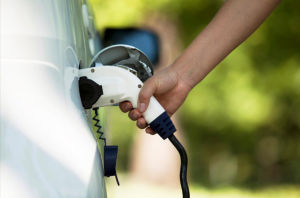 The charging station was installed on Rock Creek Drive, near the restrooms and tennis courts. It will be available to the public for an hourly fee during normal park hours.

The station is equipped with quick-pay options and safety features, including charging plugs that lock in place when not in use, according to a news release. The fee is about $3 per hour.

The site was chosen using data collected by Drive Clean Louisville, a Metro Government initiative that promotes the benefits of alternative fuel vehicles. A survey asked the public to identify places in Louisville in need of vehicle chargers, and Seneca Park was among the top spots named.

LG&E is locating this and other stations across the Louisville area through its EV Charging Station Program to meet the growing demand for accessible, convenient charging facilities as more motorists embrace electric vehicles.

LG&E and KU Energy host nine public charging stations through the program. You can learn more about the program — including other locations — on the LG&E and KU website.