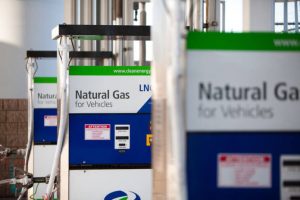 Natural gas fuel company Clean Energy Fuels Corp. has announced its operating results for the quarter and nine months ended Sept. 30. The company delivered 92.3 million gallons in the third quarter of 2018, compared with 91.5 million in the third quarter of 2017. In the first nine months of the year, it delivered 266.8 million gallons, compared with 265.0 million delivered in the same period in 2017.