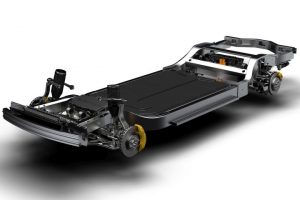 As it builds out its delivery fleet, Amazon is moving toward using a battery-electric delivery vehicle produced by Rivian Automotive, a Plymouth, Mich., manufacturer that earned media praise when it showed its first two vehicles at the L.A. Auto Show in November. The company is leading a $700-million round of new investment in Rivian.

Rivian, which will produce the vehicles at its manufacturing plant in Normal, Ill., was also negotiating with General Motors, Bloomberg reported.

While Rivian showed its R1T pickup and R1S midsize SUV in Los Angeles, it could develop a delivery van on its skateboard platform, said Michelle Krebs, an executive analyst at Autotrader. The two vehicles can deliver more than 400 miles of range.

“The investment is a drop in the bucket for Amazon, but it is huge for Rivian in terms of the amount of money and in terms of raising the profile of Rivian,” Krebs said. “Amazon is exploring ways to reinvent its delivery fleet, and Rivian’s electric-powered skateboard concept, which could carry a variety of body styles, offers an interesting possibility. While Rivian has shown a concept pickup truck and SUV, it could just as easily be offered as a delivery van. Electric vehicles for fleets makes more sense than individual ownership as routes, with charging stations strategically located, can be planned to optimize charging and range.”